LOOKING FOR A “SPORT BRAIN COACH” FOR YOU AND YOUR TEAM!

YOU ARRIVED INTO THE RIGHT WEB-PAGE!

THE “YOUR LIVING COACHING SPORT BRAINS COACH” is here at your disposal RIGHT NOW!

“Mmmmm… BRAINS…
What are they speaking about?
Probably a new marketing name but nothing more ….”

All your perplexities and doubts are justified but… please, dedicate us only 5 minutes of your precious time. Permit us to introduce you in a new Sport Coaching era.

Are there any differences between a “SPORT BRAIN COACH” and a “YLC SPORT BRAINS COACH”?

We have to be honest with you …. it can not speak about “differences”. We should probably speak about two different worlds. But …. it’s NOT enough! We MUST speak about the NEW ERA in the Sport Coaching history!

YOUR LIVING COACHING is the FIRST and UNIQUE in the ENTIRE WORLD to propose  OUR EXCLUSIVE and REVOLUTIONARY approach for you and your Team.

* YLC is the acronym of Your Living Coaching

2. A NOT SO UNUSUAL STORY

It was the first time that an Head Coach of a football team called our YLC founder Mr. Alessandro Parrinello.

He told that his Team had the following problem: they played well for a consistent part of the match, but as soon as the opponent Team scored, they suddenly disappeared from the field.

Final effect? A series of defeats (also in friendly matches) and a costant TEAM low moral.

The Head Coach told that:

“I spoke many many times with players about the situation. All together before and after the training sessions and in one to one’s dialogues . I told them my similar personal and professional  experiences.   We thought about possible causes. We reflected about potential solutions. We ponder many solutions. We evaluated many strategies. We used all resources of our mind …. No way. No improvements. Even if players were having the right attitude and approach to the proposed changes and matches.”.

The Head Coach was convinced that it was his fault.

“I’m not able to speak with players …. I need a motivator or a brain coach.”.

How many times did you observe a similar situation in your Team?

How many times have you observed a series of unexpected defeats or negative performances without finding effective solutions to improve the situation?

The common sentence is: “The Team is blocked in its head. It is not able to move on.”.

So the first common solution usually applied is: “Let’s go to act on HEAD!”.

If it was only a question of HEAD, it would be less complicated to solve the situation.

Are you sure that ….

The above mentioned words had been used by the Head Coach.

If you read the words again, you can immediately realize that they reflect something connected with the activities of our well-known encephalic brain which we named HEAD.

We agreed with the Head Coach: the Team’s HEAD was blocked.

In front of a difficulty, the HEAD shutted down.

How many times does it happen also in our life outside sport fields?

Honestly speaking we have to recognize that the Head Coach approached the situation with the right attitude and vision.

But “unfortunately” it  was not enough for overcoming difficulties.

Were Team members not enough focused on overcoming the situation?

Had the Head Coach  not enough ability as a motivator or Brain Coach?

There is much more on the table. Not only the Team HEAD ….

YLC SPORT BRAINS COACH operates based on a scientific approach merging knowledges coming from various disciplines whose goals are to promote and support the athlets performances in order to be focused on personal, sport and social success.

What does “BRAINS” mean?

The word “BRAINS” expresses multiple meanings directly related with the complexity of our HUMAN BEING.

“If you want to to build a winning Team, you must start from the complexity of our human being. Teams are composed by humans. So choose the right starting point! ”

A QUICK LOOK TO…

Some brief indications about our INNOVATIVE and UNIQUE approach.

Complex and functional brains are in our:

Each brain has the its own memory, its way of learning and communicating one to another, its way to influence our behaviours, our quality of life and also …. OUR SPORT ACTIVITIES AND PERFORMANCES!

Also when we are in a TEAM or IN AN INDIVIDUAL COMPETITION!

Our concept of Emotion applied in our trainings and coaching is based on neuroscientific studies, psychology approach and real fact occurred  in the sport field.

Emotions are critical elements that have to be driven and managed by Head Coach, Athlet or  Team during  sport performances, but also during the training sessions.

Real managing of Emotions are strictly correlated to multiple brains. 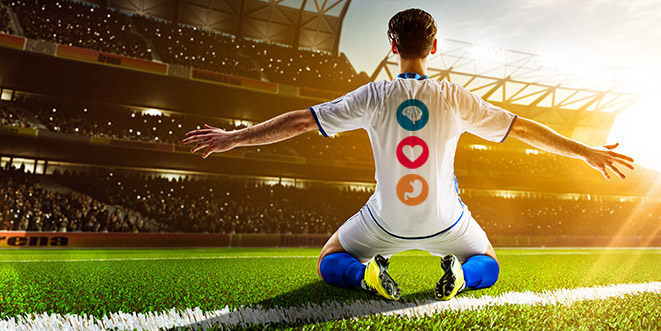 “The excellent perfomance starts during the trainings. Matches and races begin from the first second of the first day of training session and they end only after one second after their conclusion.“

Thousand years of ancient traditions, disciplines and sport knowledges  give to the modern Head Coaches, Athlets, Teams and Managers a huge amount of experiences and techniques that permit to build a profound evolution both as human, athlet or head coach.

Neuroscience is certifying the benefit in our mind and body coming from ancient meditation disciplines and the real effectiveness of visualization techniques.

You will discover our unique Multiple Creative Visualization and Meditation technique that bring a real value for reaching your success!

“Meditation and Multiple Creative Visualization permit you to discover your profound energies and forces that will bring you and your TEAM to reach your sport goals. FIRST: BE IN CONTACT WITH YOURSELF!”

In our YLC SPORT BRAINS COACH Leadership competencies are one of the four  key elements.

Leadership competencies have to become a real driver and trigger for the actions of an athlet, an head coach  and the complete Team.

Each single member of a sport team, indipendently from the role and age, is not only important: he/she is foundamental and must become a LEADER OF HIMSELF!

LEADER OF YOURSELF BEFORE BEING LEADER OF OTHERS!

Emotional Intelligence and Intuitive Intelligence become real and pragmatic strategic competencies to bring in the field for the final victory!

“Do you want a winning team? Build a Team of leaders! You will overcome all difficulties for reaching and repeating your success!”

Our founder Mr. Alessandro Parrinello proposed to the HEAD COACH our vision.

So the creation of a real winning Team began.

“It’s time to bring ALL knowledges on human in sport races and fields! Today is a unique and evolutionary opportunity!“

Our activities are planned and defined with our clients.
We personalize our job based on your specific needs. 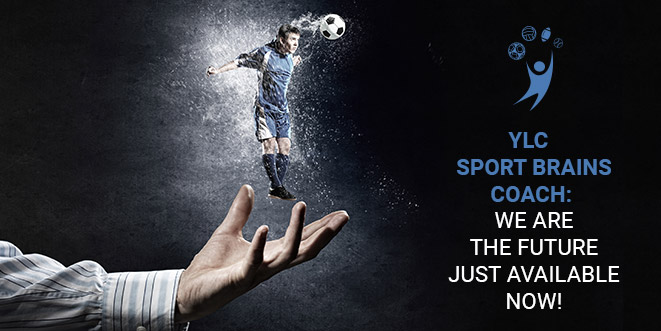 FORGET THE CONCEPT OF “BRAIN COACH”!

FOR YOUR AND YOUR TEAM SUCCESS!

Why should you choose Your Living Coaching?

For the professional experience of our founder Mr. Alessandro Parrinello which is characterized by  more than 15 years of international experience in the corporate world where he had the opportunity to mature a consolidated experience in the application of leadership and decision making principles based on emotional and intuitive processes.